Green Bay Packers WR Greg Jennings participated in several periods of practice Wednesday, ESPNWisconsin.com’s Jason Wilde reported. He returned to the field after surgery on an abdominal muscle tear and hasn’t played since the end of september.

Today was a big step for me. Whether or not I’ll play this week, that’s still yet to be determined. – Jennings

It would be schocking to see Jennings on the field this week against the New York Giants. There’s no need to rush him after all this time. One more week won’t matter when weighed against the risk of Jennings suffering a setback.

“As far as health, I want to see how I feel tomorrow and how I respond to what took place today,” Jennings said. “It felt great. I felt no pain whatsoever. It’s been a long time coming since I could say that.”

I’m just trying to get out there as soon as possible… So I’m excited. -Jennings

Jennings said he could get up to full speed on “a few routes” and wanted to push himself to see how much he could withstand. Coach Mike McCarthy wasn’t as optimistic as Jennings. 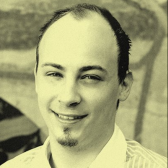