SAN FRANCISCO – Jim Harbaugh has shown that he’s not afraid to make surprising calls. Harbaugh told Alex Smith that Colin Kaepernick will start as QB for the 49ers in Sunday’s game against the Saints. Smith, who missed a game with a concussion, was informed it wasn’t a health-based decision.

Harbaugh gives Kaepernick a try following the second-year pro’s effort against the Chicago Bears. The 49ers are after a championship and Harbaugh wants to see if Kaepernick can lead them there. 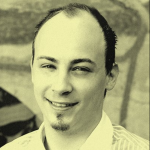